Over the past several weeks, children have been sharing about their dreams, imaginary friends and thoughts about magic in the Studio! 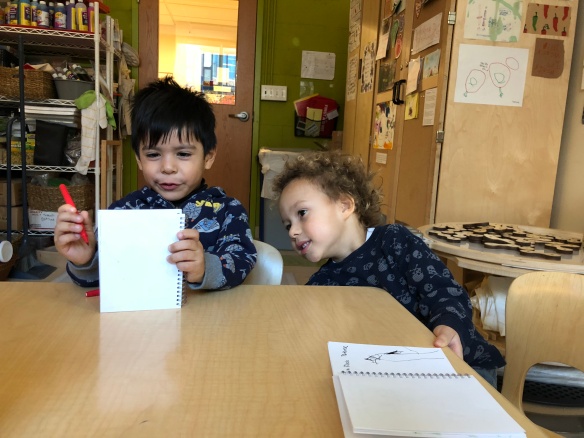 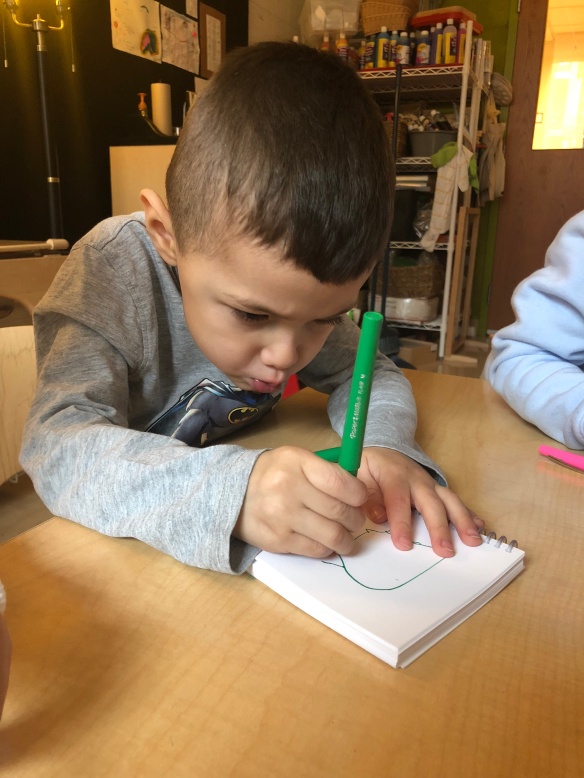 Katherine: One of my dreams was when me and Lenin throw snowballs together. We laugh together.

Brianna: It was really loud in my dream. The cloud. The cloud was doing so much noise. The sun was blinking because the cloud touched the sun and then it was blinking. The thunder was scaring everyone. All people was running away.

Frances: One time, I went into my dream and I played with my dream friend and then he barked at me and then I gave him cupcakes. The animal is a doggie. And I give him cupcakes whenever I get in my dreams. He likes cupcakes. His color fur is rainbow! His name is Shooting Star.

Jacob: I dreamed about Chase and Rocky flying together. They were playing together and they came into the bathroom with me. And they brushed their teeth and played with me and with my toys.

Isaiah: My dad and my mom were singing. They were singing Spanish songs. I was playing fort night with my brother Mason. 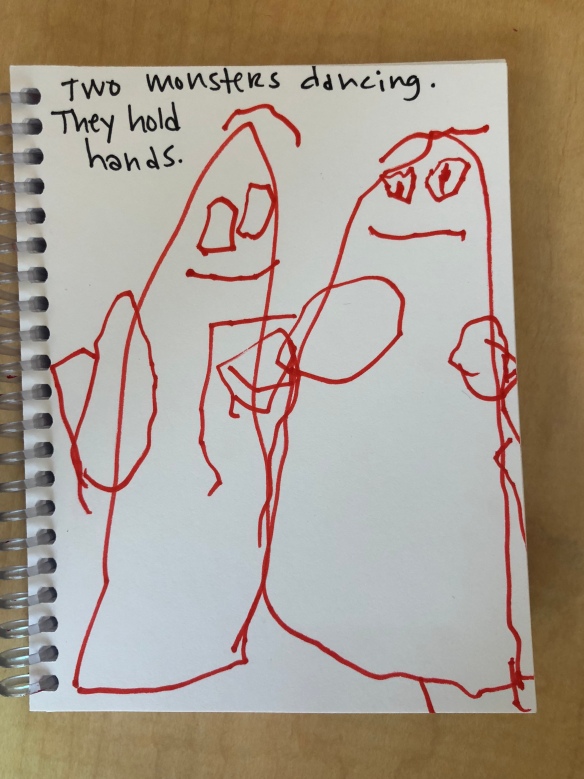 Leah: Unicorns. Drinking soda. And eating pancakes. And coffee. And pigs drink coffee too.  Sheep drink soda. And the sheep and unicorns drink all the soda. And they die.

Maya: Squirrel Girl.  She’s in comic books.  Do you know how I get her in my dreams? From the comic books I read about her right before I go to bed!

Savannah: I saw a dinosaur and a ghost. They were fighting people. And then they fall and they get a boo boo on their legs. They go to the doctor. And get a bandaid. Someone slammed the door on the dinosaur. 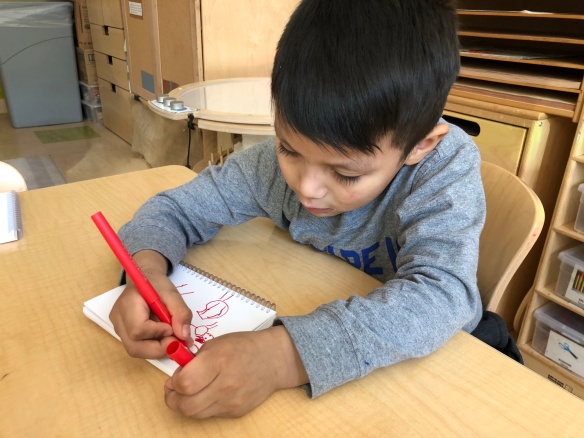 Kaitlyn: A monster bite my finger. And I run and then I ask my mommy if we have a monster last night. Her said that’s ok, it’s not real.

Mina: One time I had a giant nightmare. The giant named Jack he really, really snuck in the door and my friend Charlie, he had a house, and we stepped down the stairs, and we walked upstairs, and they also turned into a slide. And the ceiling could come off and on. And when the giant was in my town, there was other people, Charlie decided to close the roof so they wouldn’t get stepped on.

Nora: I don’t really know if I’ve ever had one.  I only dream about colors.  They’re all the colors in the world. 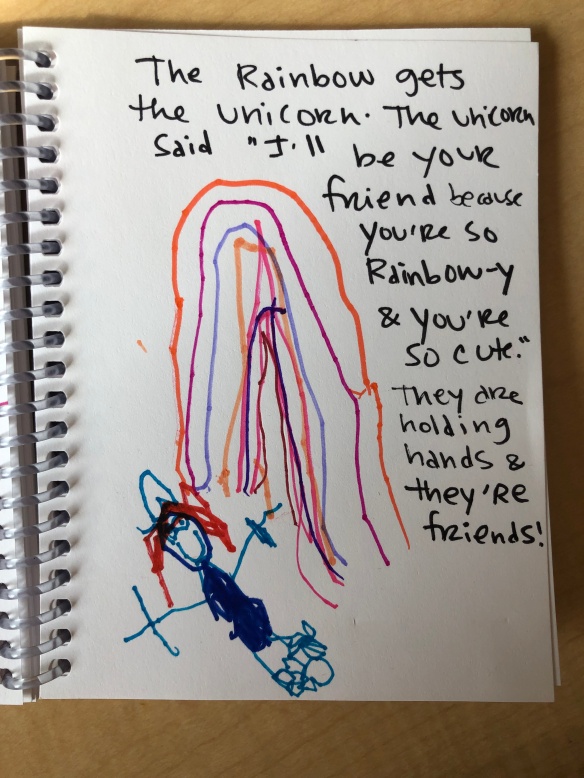 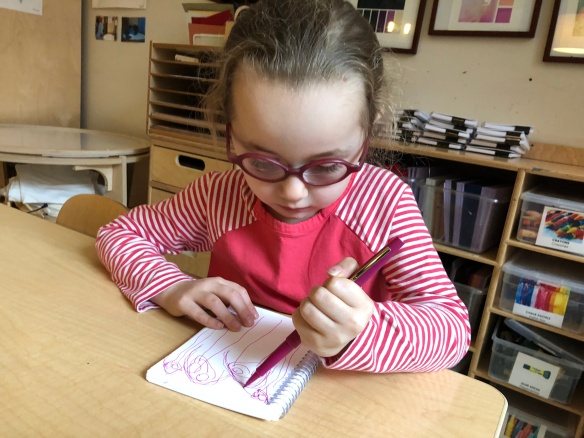 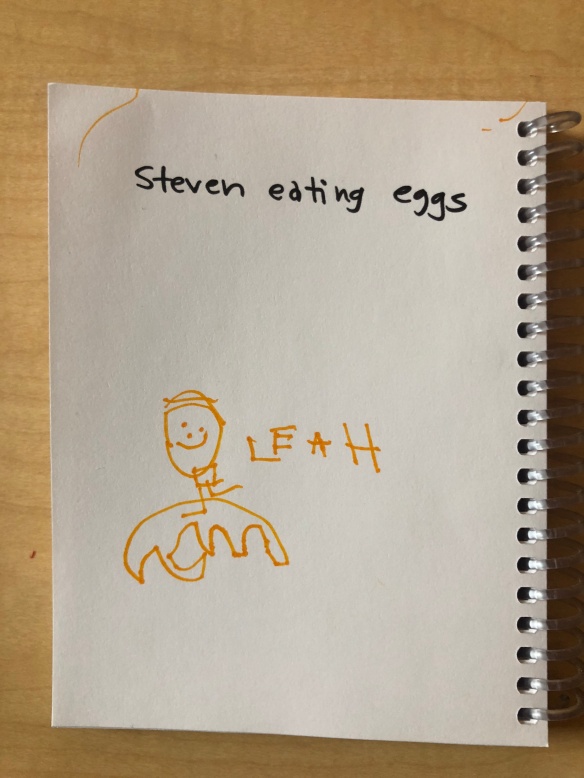